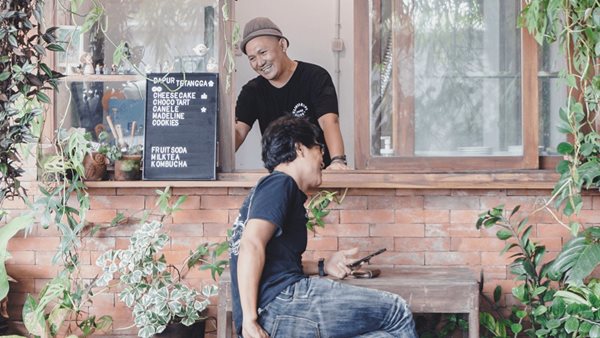 Two Oregon-based coffee chains are preparing more locations in the Pikes Peak area as they compete for espresso, cappuccino and latte lovers in the highly competitive Colorado Springs area market.

Dutch Bros, whose first drive-thru opened in Colorado Springs in 2008 and now has 11 regional outlets, plans three more locations over the next year.

One will be part of the Falcon Marketplace mall anchored in King Soopers, which is planned northwest of Woodmen and Meridian roads in unincorporated Falcon outside of Springs.

Construction has begun there and Dutch Bros has planned to open by the end of the year, a spokeswoman for the chain’s headquarters in Grants Pass, Oregon, said via email.

Two other locations will rise in the Springs: southeast of Woodmen and Marksheffel Roads on the northeast side and northwest of Academy Boulevard and Chelton Road on the south side of Colorado Springs. These locations are in various stages of planning and Dutch Bros expects them to open in 2023.

When Dutch Bros arrived in Colorado Springs, its first outlets were owned and operated by a franchisee. All local Dutch Bros sites are now owned by the company, which says it continues to be attracted to the quality of life and economic health of the area.

“Colorado Springs is a truly amazing market,” Aaron Harris, Dutch Bros. vice president of development, said via email. “It’s affordable, has year-round business, and was Colorado’s perfect first market due to its size.”

Stan Kelley franchisees, along with husband and wife partners Aaron and Callie Claborn, launched the Academy Boulevard location; they have begun construction on a second Human Bean east of Platte Avenue and Circle Drive which they hope to open in August.

Kelley, who also owns security systems company Rush Security & Alarm, moved to Springs in 2007 from Oregon and said he had hoped to open the Human Bean around that time.

He waited due to the onset of the Great Recession, but started again in 2020 – with the Claborns as partners – after the economy improved.

“What really sets us apart is how we brew our coffee,” he said. “And speed too. With us, it’s all about convenience. A lot of people aren’t going to park their car and walk into a physical store if they’re on the go. They need to be comfortable with access to enter and exit.

Kelley said he envisions 10 to 15 Human Bean locations in the Colorado Springs and Fountain areas over the next few years.

Another Human Bean opened nearly three years ago in Woodland Park; it is operated by franchisee Sara Taylor, who plans to operate a single location in the city. Like Kelley, she said Human Bean combines premium coffee beans and other products with quality customer service.

“We appreciate your time,” she said.

Like other metropolitan areas, Starbucks has a dominant presence in the Colorado Springs market. Scooters, Ziggi’s and Bad Ass are among other chains that have expanded into the market, with local favorites including Loyal Coffee, Pikes Perk and Story Coffee.

Restaurants such as McDonald’s and Dunkin’, meanwhile, have improved their coffee offerings over the years.

Callie Claborn, of the Human Bean franchise in Colorado Springs, said by email that the chain has found its stores do well when located near competitors such as Dutch Bros, Starbucks and Scooter’s.

“Back in Medford, Oregon, where Human Bean is from, there’s a saturation of about 45 cafes within a 5-mile radius and they’re all very well taken care of,” she said. “The Colorado Springs area has a saturation of five coffee shops within a 5 mile radius. As you can see, there is plenty of room for more coffee.”