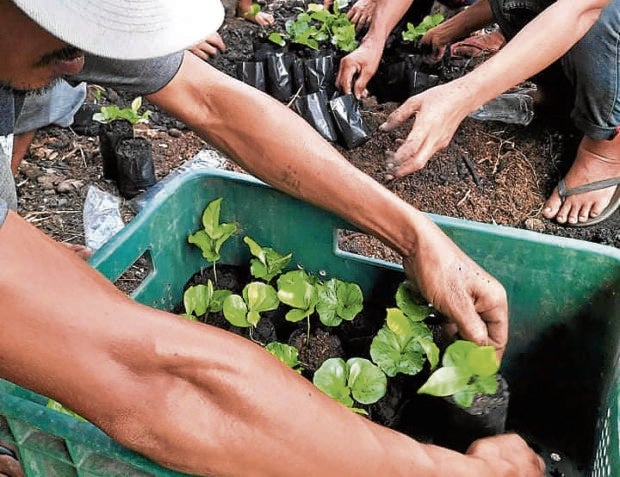 Restaurants across the country have grappled with rising food prices since the start of the COVID-19 pandemic, but for Blair Lebsack, some of the most shocking increases have been for his restaurant’s less flashy ingredients.

Before the pandemic, a 16-liter container of canola oil for his Edmonton restaurant RGE RD would cost $ 18, he said. Now they go anywhere between $ 29 and $ 32 for the same amount.

“It adds up very quickly,” Lebsack said in an interview.

James Rilett of Restaurants Canada said restaurants are a low-margin industry, so there isn’t a lot of room to work on additional costs.

“It’s bad enough. We’ll have no idea how bad it is until most provinces reopen,” Rilett said.

A Restaurants Canada survey found food costs to be one of the top three challenges restaurants face, along with additional closures and debt related to the pandemic.

Rilett, vice president of Central Canada at Restaurants Canada, said that while most restaurant owners will try to delay menu increases for as long as possible, he expects customers to face prices. higher.

The effects of the pandemic on food prices have been significant, affecting the entire supply chain, according to the Canadian Food Prices Report.

“I think last year when the pandemic hit, the food industry was protecting the consumer somewhat. Prices went up last year but (the industry) absorbed some of the shock created by the pandemic.” said Sylvain Charlebois, lead author of the report and director of the Dalhousie University Agri-Food Analysis Laboratory.

However, the food prices report predicts a 5% increase in prices this year, compared to a 3% increase in 2020, he added.

“Some people might say, ‘Well that’s five percent, what’s the problem?” He said. “But five percent is quite important because food inflation is not a game of averages.”

Charlebois also noted that shipping costs have had a significant impact on food prices in Canada and have tripled in the past year. And like Rilett, he expects restaurants to raise prices to offset rising costs and may even cut menus to reduce food spending.

Menu changes have been Lebsack’s approach so far.

RGE RD has been open for indoor dining for just over a week and although its regulars have noticed the higher costs, he said they are also sympathetic.

“We have a very good dialogue with our customers,” said Lebsack.

Lee Cooper, chef and owner of L’Abattoir in Vancouver, said he was also feeling the pressure of rising costs.

The upscale restaurant, however, has a clientele accustomed to spending a bit more on their dining experiences, Cooper added, which made the transition to menu changes easier.

“Our restaurant is not very cheap and we do our best to offer a high end product, so I think our customers are willing to spend a little more,” Cooper said.

One way for restaurants to cushion the shock of higher costs has been to source from local sources.

Lebsack said he had about two years of animals raised for RGE RD by local farms that help the restaurant avoid factory farming prices.

“The more closely we can work with our food and our neighbors, our community, the more we can keep our costs down. Lebsack said.

And the saving grace for restaurants nationwide may be pent-up demand as diners step out for the first time after months of home cooking and take-out.

“The only really good thing that comes out of this is how much people have missed out on restaurants,” Lebsack said.

“I think once people understand that the price of everything has gone up, I think they will come back and it will be interesting for us to be in business.”

This report by The Canadian Press was first published on June 20, 2021.

This story was produced with the financial assistance of Facebook and the Canadian Press News Fellowship.